Heute vor fünf Jahren ist Tom Andersen, einer der wichtigen Pioniere der Systemischen Therapie, beim Klettern an der Küste tödlich verunglückt. John Shotter, mittlerweile Emeritus Professor of Communication in the Department of Communication, University of New Hampshire und bekannter Autor im sozialkonstruktionistischen Spektrum, hat 2007 auf der 12. Internationalen Konferenz zur Behandlung von Psychosen in Palanga (Litauen) einen wunderbaren Vortrag im Andenken an Tom Andersen (“Not to forget Tom Andersens way of being Tom Andersen: the importance of what just happens to us”) gehalten, der in der Zeitschrift Human Systems erschienen ist:„It is easy to think that tom Andersens central contribution was the introduction into psychotherapy and family therapy of the reflecting team  later to be developed into reflecting processes. But Tom thought of himself as a wanderer and worrier  he was constantly reflecting on his own practice, on his way of going on, to further develop and refine it, and then continuing further to worry about the right words in which to express what seemed to be his new way. Each new way came to him as he reached a crossroads, a moment when he could no longer continue in the same way, a moment when he stopped doing something he came to see as ethically wrong. In these special moments, he found that alternatives popped up almost by themselves (Anderson and Jensen, 2007, p.159)  a special phenomenon in itself, as we shall see. There are thus many, many more features to toms way of therapy than just his use of the reflecting process. Central to Toms way of being in the world was what came to him as he moved around in the world, as a participant in it rather than an observer of it. Thus below I will try to set out many of the small detailed changes Tom made in his way-of- being-with those around him in his meetings with them, and the large changes these small changes led to. These changes matter to us all. Thus we must do more than merely commemorate his achievements, we must work out how not to forget them, ever“ Der Text ist auch online zu lesen,
und zwar hier 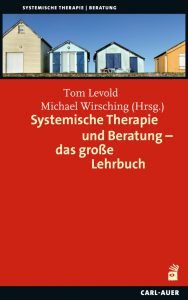